How Did Nome, Alaska Get Its Name? 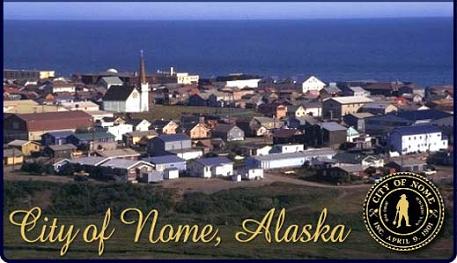 Johnny-Sells has shipped to Nome.  Good people up there.  But I came across a fun fact about how the town got its name.

In the 1850s, sailors on a British ship noted the existence of a prominent but unnamed point of land in Alaska.  A British officer scribbled “Name?” next to the point on a manuscript map.   When the manuscript was being copied to a more permanent map back in England, a cartographer misread the scribble and entered the name of the land as “Cape Nome”.

In 1899, the civic leaders of Nome tried to change the name of the town to Anvil City.  But the Post Office Department objected on the grounds object on the grounds that it risked confusion with the nearby settlement of Anvik, so the name stuck.

I like Nome because it is in one of my favorite jokes.   Al and Harry were discussing great fishing areas.  Al said, “I hear there’s some great fishing up in Alaska.”

Harry replied, “I’ve got an uncle who lives in Alaska, but I forget where.”

Johnny-Sells is an online retail store in Chicago. We carry a wide variety of products including women's & men's clothing, shoes and accessories. We also carry collectibles, including Christopher Radko Christmas ornaments and Dept 56 buildings.
View all posts by johnnysells →
This entry was posted in Historical objects and tagged 1850s, Alaska, Britain, fishing, Joke, Misnamed, Nome. Bookmark the permalink.