Posted on July 31, 2021 by johnnysells
Posted in Uncategorized | Leave a comment

Posted on December 4, 2014 by johnnysells

Happy customer Jay Kelly proudly models his Johnston & Murphy shoes from Johnny-Sells! “I can walk all day in these shoes!” Jay exclaimed after trying them on.  And that’s saying a lot for this public relations professional who often walks miles and miles at Chicago’s humongous McCormick Place Convention Center during the National Home and Housewares show.

Johnny-Sells has all kinds of great shoes for women as well as men, boots too!  Click here to see all the shoes at Johnny-Sells!.

From Picking Cotton to Turning Down $700,000 Offers

I met a 92 year old man today.  He was having a moving sale.  His daughters and their friends were actually running the sale and he was overseeing the operation.  His family had lived in the house for 60 years and he bought a house in another neighborhood.

The house sale was in Bucktown, one of the hottest neighborhoods in Chicago. Once a working class area, it was suddenly hip.  Developers are tearing down working class cottages and building mini mansions all around there.

The house was very clean and neat, but they had a lot of old junk. A lot of Christmas decorations and toys.  Somebody found a set of playing cards that were study aids for learning fractions. One of the daughters said they don’t teach that anymore.  They have new ways of teaching. They also don’t teach cursive writing, another said. I could relate to that, I have terrible handwriting.

But my father had beautiful handwriting.  When he was a boy, they taught something called the Palmer Method of cursive writing.  The letters were large and flowing and perfect and perfectly readable. The homeowner reacted to the mention of Palmer. He remembers the nuns trying to teach him to write like that.  But he never got to practice because his father pulled him out of school in 3rd grade to help on the farm in Louisiana.

He picked cotton and drove the tractor and worked hard.  But he liked life on the farm and missed it. He moved away in 1941. After WWII, he learned the carpenter trade on the GI Bill. He got to be so good at it, he said, that he could build circular staircases.  Very few other carpenters of his era could do that.

We didn’t get into all the details of when and where, but he ended up with not one but two pieces of property in one of the most currently in-demand neighborhoods.  He paid $15,000 for one and $13,000 for the other. The house we were in was nice enough, but it was old and the floors were wobbly, and it probably wasn’t all that good the best day it ever had. But the land under it was red hot.

I asked him if he was going to sell it.  He’s going to rent it out. I said it must be worth half a million dollars. He recently got an offer of $730,000 and he told the guy that in another year, it’ll be worth $100,000 more. (And he’s right.) The would-be buyer then asked the homeowner if he would give his number to his daughter, so that when the homeowner died, the real estate guy could deal with her.

The 92 year old carpenter hung up on him.

For somebody who got pulled out of the 3rd grade, he is pretty smart.

Posted on November 2, 2014 by johnnysells

Grete Waitz (pronounced “vites”) was a marathon runner from Norway who won 9 NYC Marathons. She was also a very nice lady who once bought me a Coke.
My wife, Janet and I were waiting in the Brussels airport for our return to Chicago a few years ago. Janet asked me if I thought the thin woman pacing the around the gate area was Ms. Waitz.

Janet had worked in the running industry and was familiar with some of its stars. I don’t know anybody in sports unless they play baseball or football. But we had 2 hours to go and had read every word of that day’s International Herald Tribune twice. So I approached the running star and asked if it was really her.

She couldn’t have been more gracious. She smiled and thanked me for asking and pulled out a 4 x 6 photo of herself with a prominent Adidas logo on it. She was on a promotional tour for the sportswear manufacturer. She pulled out a Sharpie pen and autographed it.
I accepted it and thanked her and took it over to Janet.

A little while later, I got thirsty and went to a nearby Coke machine and fumbled through my pockets for for the correct change. You always try to spend your last Euro before you return to the US because you won’t be able to spend it over here. I came up a little short.

Ms Waitz, still pacing, noticed my frustration and came over and volunteered to buy me a Coke. We were a little embarassed and offered to reimburse her in US Dollars. She would have none of it. It was her pleasure. It was a gracious gesture that I will always remember.

Grete Waitz was not only a great athlete, but also a nice person. In my book, that’s more important.

When I learned to type in the 1960s, one of the hard and fast rules was that you always leave two spaces after every sentence. That way, the reader knew that one thought was completed and another was to begin. You might have noticed that there is only one space between the sentences in this paragraph. That’s what you are supposed to do now, or so I am told.

It makes perfect sense. All that wasted space. People should know the sentence is over from punctuation point at the end of it. But even punctuation is being eliminated, especially in tweets, because of its 140 character limit. I guess written communication is always changing & I have to adapt. But I know I’m going to be spending a lot of time going back and eliminating one of the spaces I will leave out of force of habit.

Looking back, I can’t complain. Back when I was taking typing, if you made one mistake, you had to retype the entire page. Compared to that, deleting a space or two doesn’t sound so bad.

A Delicious Recipe to Help You Celebrate the Jewish Holidays

Posted on September 6, 2014 by johnnysells 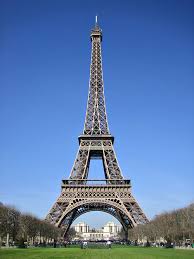 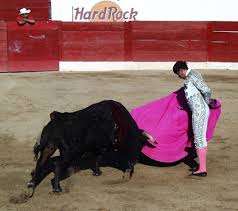 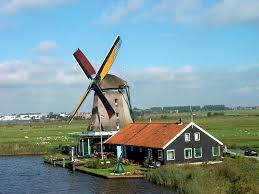 We Ship All Over, Even Tajikistan!

Posted on September 3, 2014 by johnnysells

If you see something you like on Johnny-Sells, we’ll ship it to you, now matter where you are*.  We’ve shipped to Thailand, Botswana, Argentina, Norway, Russia and good old Tajikistan.   We sold a Samsonite leather briefcase to a buyer there.   He is now the best dressed (or at least the best accessorized) businessman or government official in Dushanbe, the capital.

We actually like selling to far away places.  It can be a little bit of a problem when a foreign postal service might not recognize an obscure address, or when there is a problem with Customs. But we will follow up to fix any problems.  To us, it’s not a hassle, it’s a challenge. And we have fun thinking about where our packages are going.  It’s kind of like taking a trip without the 14 hour plane ride.

Most often postal workers around the world are pretty good at what they do.  We’ve had very few packages go missing.

So fear not, distant buyers.   Johnny-Sells will get your purchase to you as quickly and as cheaply as we possibly can, no matter where you are.

*There are a few places where we won’t ship.  North Korea is one.  But almost everywhere else.

How I Wrap Delicate Objects

We shipped a Hurricane Lamp to Thailand.  It’s actually an electric model, but it’s a lot like the old oil fueled models they use in actual hurricanes.